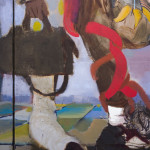 Urban Spree Galerie presents a painting manifesto: How to Kill a Graffiti?

Urban Spree Galerie cordially invites you to the Opening of POLYPTYCHONSZ, the first solo show of the Berlin painter HOWTOKILLAGRAFFITI with the gallery.

POLYPTYCHONSZ is the outcome of a 4-month winter residency at Urban Spree, and presents a new series of large format oil and spray paint canvases, all painted in situ in the galerie. 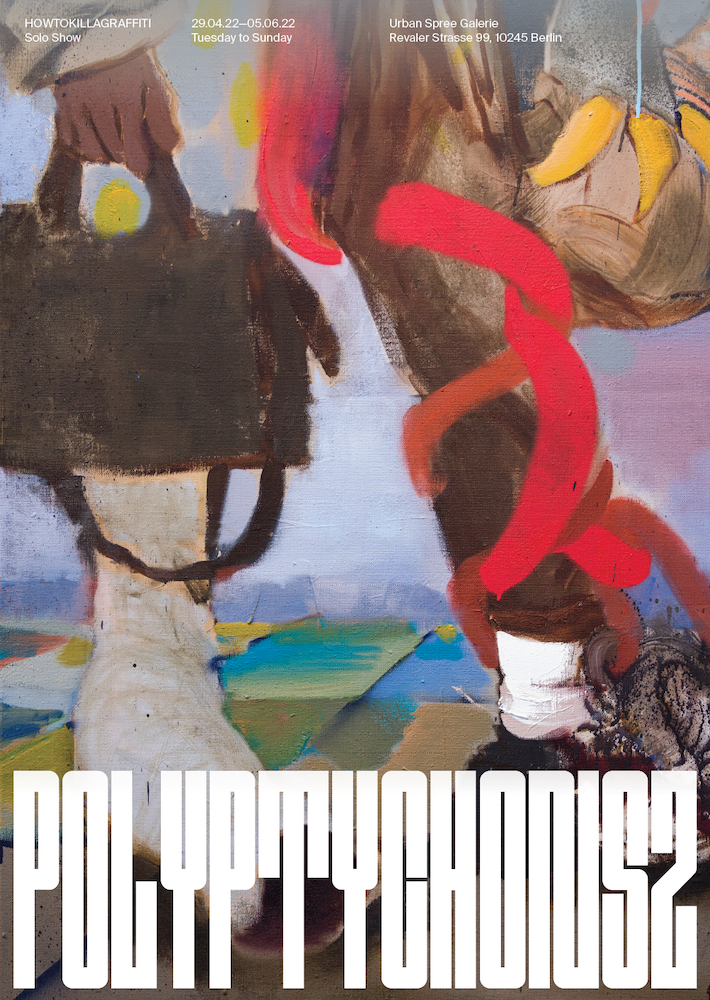 « In the Beginning was the Word ».

Howtokillagraffiti’s ingrained mission is literally to kill graffiti. We must take this man to his word. His whole enterprise is to subdue and subvert his tag (« ARTS ») by planting lavish figurative seeds onto a graffiti superstructure, seemingly losing control, opening the floodgates to a whole surreal and - often - dark universe. Like in an abandoned house, the lianas grow, take unexpected turns, take support on the letters, but eventually take over, subdue them and submit them to an unstoppable flow. Suddenly, life explodes into the canvas, shapes emerge from the mud, the agile spray paint stutters and the oil paint vibrantly strikes. Colors. Colors soon irrigate and dominate the space. « Then Color came ».

This profuse materia prima, stemming from personal visions and experiences is patiently laid onto the canvas. The introduction of figurative oil painting to the building blocks of graffiti generates an interesting dialectics on the canvas (fast/slow, to build/to conceal, to attract/to repel).

The world of howtokillagraffiti is a dense agglutination of matter and visual elements, shamanic & serpentine characters, surreal visions, ghostly visitations, pathways to parallel worlds. Each canvas, similar to a Borgesian universe, includes the whole world, everything is in everything. His influences are wide. Surrealism? Yes, although… Dadaism? Yes, although… As one art critic said: « there is although in everything he does". He is where we are not expecting him.

There is still no solution in sight to the initial problem. How to Kill a Graffiti? Canvas after canvas, the graffiti is put to death but never disappears. The question was never if the enterprise could succeed but determining how to do it. The Word is immarcessible. In the Beginning was the Word. At the end too. 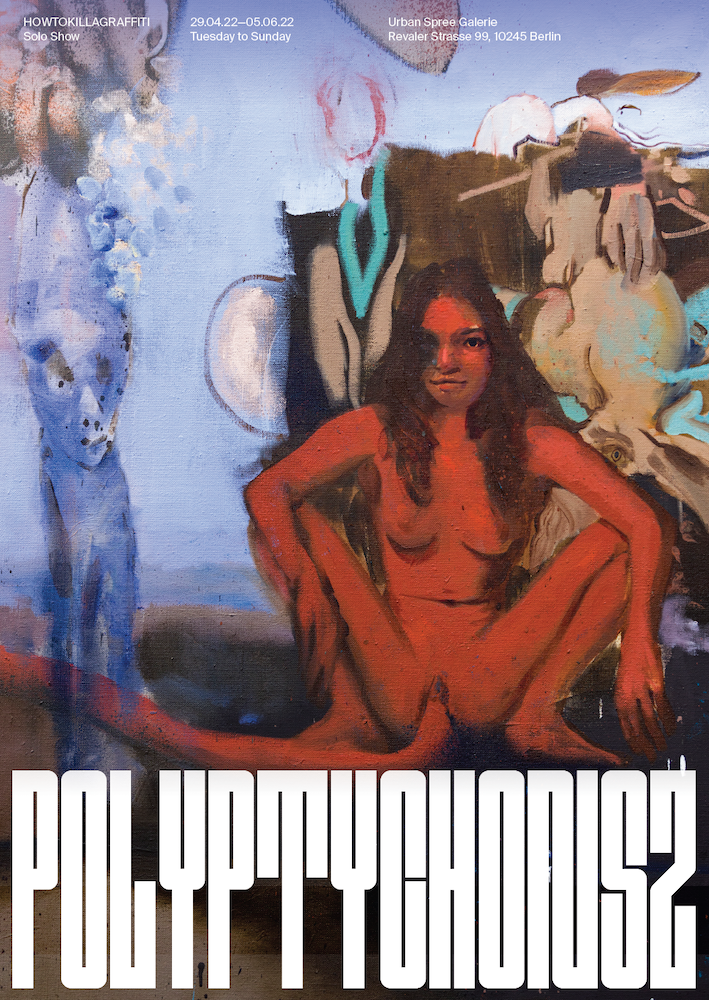