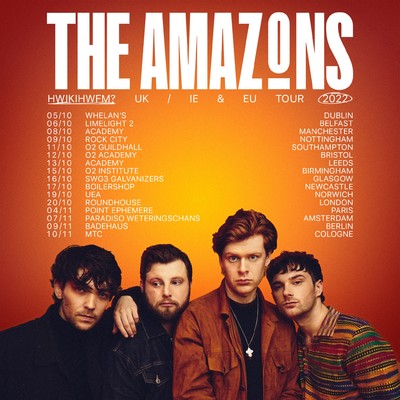 Reading-based four piece, The Amazons, have propelled their way to the forefront of the UK Rock landscape armed with formidable riffs, anthemic choruses and ferocious live shows. Following the release of their self-titled debut album in 2017, and hotly tipped as ‘one of the most exciting rock bands that this country has produced’ (Gigwise), the band achieved two Top 10 albums in under two years and sold out tours around the world. In 2022, and fresh from supporting Royal Blood on their UK and European tours, The Amazons will return with their most ambitious, and highly-anticipated third record.