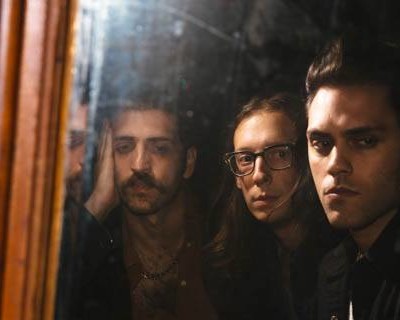 [youtube id="rLmTimLAIqI"] Bambara Support: Holy Motors 27.05.2020 Urban Spree Admission: 20:00 / Start: 21:00 VVK: 13.00€, plus fees Tickets: http://bit.ly/2VujAZv ... presented by: GreyZone Concerts & Promotion The one thing you can't escape on BAMBARAS Stray is the blunt death. It is everywhere and inevitable, abstract and personified - perhaps the key to the whole record. Let yourself be surprised by the other companions of death on the meanwhile 4th album. Bambara, consisting of twin brothers Reid and Blaze Bateh and William Brookshire from Athens, Georgia, have pushed their midnight sound further into the black depths of being since the release of their debut "Dreamviolence" in 2013. It would be too easy to call "Stray" the "soundtrack of the graveyard". You just finally did exactly what you had been after all along! The result is an exciting game between life and death! FB EVENT