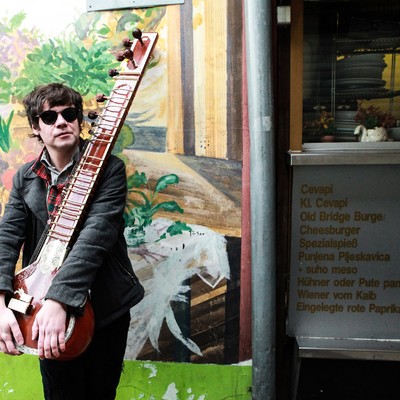 [youtube id="Ue94sDZJhpQ"] ATTENTION: The show has been moved from the Lido to the Urban Spree. Already purchased tickets remain valid. DER NINO AUS WIEN First, let's let a fan speak: "Nino Mandl - one of the most likeable, unexcited, touching and brilliant (German speaking) artists ever." Nothing really needs to be added to this, so in conclusion only facts: After ten albums, a felt 17 Amadeus nominations, an actual Amadeus Award, more than ten years on middle stages in German-speaking countries, it's time for the next size up: on the 2020 Germany tour, Nino Mandl and his great band will be performing in Munich's Muffathalle, Hamburg's Elbphilharmonie (sold out), and on February 27th, we'll stop by the Urban Spree. His current album "Der Nino aus Wien", released in 2018, is probably the most personal in Nino's career, but also the most ambiguous. The lyrics become apparent to some only after listening to them several times, to others perhaps not at all. "Wach" describes Nino as "perhaps the best long song I have ever written". It's a tour diary that probably only he himself can fully understand. But Nino almost certainly plays his classics and popular songs at live concerts, such as "Du Oasch" or "...Vollenden". Currently Der Nino aus Wien is preparing the release of his next single. Come closer, step in! support. SIGRID HORN Winner Protestsongcontest Vienna 2019 https://www.youtube.com/watch?v=ryy9nCSyhXs Aftershow party with the GUSTO Dj Team from 23:30 at Mysliwska presented by JUNGLE WORLD https://jungle.world GUSTO - Ablass für Massenkultur http://gustoonline.de Pre Sale Ticketbude https://tinyurl.com/woaaa8o KoKa36 https://www.koka36.de/der-nino-aus-wien_ticket_125068.html FB EVENT