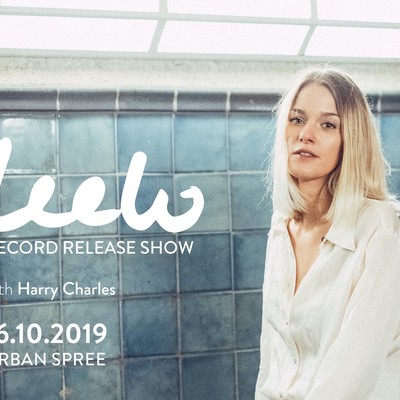 [youtube id="RfUKviHtcyE"] Leelo is an Estonian born musician who has spent the last three years in Berlin, playing on the streets and at local venues. Since graduating high school she has lived in several different countries and although originally a classically trained flautist, she is now rocking the singer-songwriter scene. Let's put it like that: Leelo is really into 90's music and loves the sound of guitars. Last year she recorded her self titled debut album at The Famous Gold Watch studio and this October it will be out for you all to listen to! To celebrate this, Leelo is hosting her official record release show at Urban Spree. There will be special guests, lots of inappropriate jokes and maybe a tiny bit of fun...and of course Leelo with the whole band. Have you listened to her latest single? No? Then click on this link: https://www.youtube.com/watch?v=_Ena_TLBVXs FB EVENT