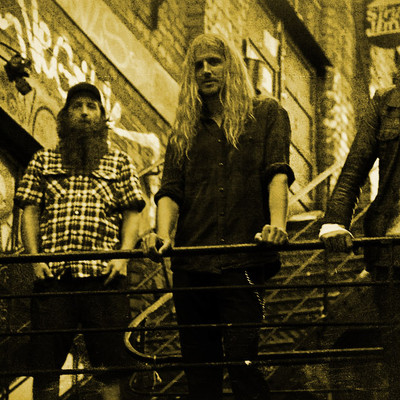 Hailing from Oslo, Norway, LONELY KAMEL is a rare mish-mash of different influences. Inspired by heavy blues-legends, this hard hitting quartet produces a fine blend of bluesy stoner doom sludge: listening to LONELY KAMEL is a journey that starts in blues territory slipping into stoner rock then an intense sludge assault before reverting back to more blues veined rock sounds and with a good dose of classic rock inspiration.

LONELY KAMEL has been floating high above the scene since their 2008 self-titled LP and released two other albums : “Blues For The Dead” in 2010, and “Dust Devil” in 2011. With this third album, and first via Napalm Records, the Kamels have become a household name not just in stoner rock insighter circles but literally throughout the Rock and Metal world.

Live, the band is ballbreaking hard, loud and tight! Over the years, they played the best underground festivals like Roadburn 2011, Stoned From The Underground 2011, Desertfest Berlin 2013 and Desertfest London 2014... so look them out!!

Now back in the studio to work on new masterpieces, they will hit the road by the end of 2014 to promote their 4th album, to be released in September. More news coming soon!

The Order of Israfel (SWE)