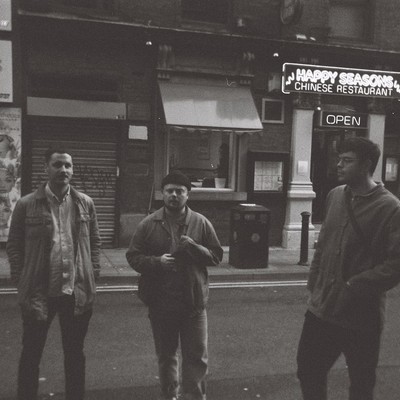 The jazz-rock band The Physics House Band, founded in 2012, released their first album "Incident On 3rd". In that time they have built a worldwide following through a handful of experimental EPs, collaborations with artists such as Stewart Lee, Flamingods and Kai Whiston and, most importantly, their intense live shows from DIY spaces to large festival stages. The group has toured and performed alongside artists from across the sonic spectrum, including Alt-J, Jaga Jazzist, Mono, Omar Rodriguez-Lopez and Django Django, and completed extensive tours of Japan, Europe and the UK. The group has received much praise from The Guardian, The Independent, The Sunday Times, NPR, Anthony Fantano and BBC Radio.

"Incident On 3rd" is a 54-minute foray through a speculative metropolitan environment, from dusk to dawn. There are moments when you stand on the pavement and take in the neon lights and squiggly structures. And other moments when you can settle down in the rotting jazz clubs that populate the underbelly of the neighbourhood. On their new work, the group continues to hark back to jazz and the improvisational nature of their music, but never strays far from their unique chaotic sound for which they are widely celebrated.