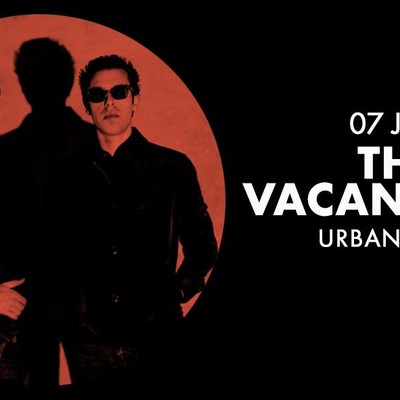 [youtube id="AeMbNFGErVc"]   Direct Concerts, El Borracho Bookings & Indieberlin present: THE VACANT LOTS + Support: Medicine Boy Tickets: Presale: 14€ (plus fees) THE VACANT LOTS YouTube: http://y2u.be/hHFkS6mHVN4 Spotify: https://spoti.fi/2Xezeab Instagram: https://www.instagram.com/thevacantlots/ Medicine Boy YouTube: http://y2u.be/7g3Q50z1zRY Spotify: https://spoti.fi/2NgfIVO THE VACANT LOTS are an American duo comprised of Jared Artaud and Brian MacFadyen. The key element of The Vacant Lots’ minimalist, primitive rock and roll songs is their boundless energy, which tears up the psych template with a genuine punk spirit. The notion of duality is also a recurring theme in the band’sminimal means maximum effect aesthetic, whether in their lyrics or fiercely monochromatic artwork. Having recently toured Europe with Black Rebel Motorcycle Club, The Vacant Lots will be hitting the road this summer with The Dandy Warhols in the USA. Medicine Boy is a Dream Noise duo from Cape Town, South Africa. Influenced by the likes of Rowland S. Howard, Spiritualized, The Mary Chain and The Bad Seeds, the pair tread the fine line between the calm and the chaotic. Formed in 2014 by André Leo (vocals/guitar), Lucy Kruger (vocals/keys) and a drum machine, the band quickly began headlining shows and festivals in South Africa and toured Europe and the UK in 2015 + 2016. The band’s sound is as much about the noise as it is about the spaces between. Grinding organ sinks beneath waves of guitar that are at times gentle and drifting, at others feral and unforgiving. Lucy and Andre’s voices remain entwined and intimate. The band is currently based in Berlin.   FB EVENT