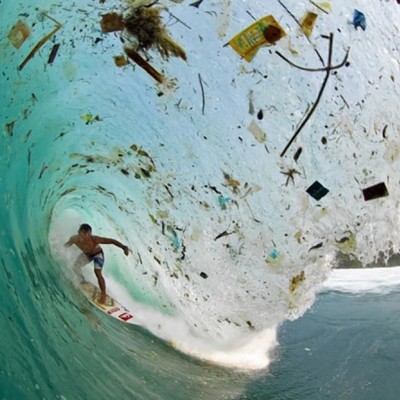 obnoxious ouroboros presents ⊙ TRUMANS WATER ⊙ (San Diego - California) https://trumanswater.bandcamp.com https://www.facebook.com/trumanswater https://en.wikipedia.org/wiki/Trumans_Water The Water took shape in '91, when the Fender-bending brothers Branstetter hooked up with singer-guitarist-catalyst Glen Galloway; soon San Diego had a rollicking avant-rock angle to its music scene in TW, the kind of band that, say, could righteously open for/tour with the Boredoms or Stereolab (Trumans did). But after their self-made albums Of Thick Tum, Spasm Smash, the Godspeed tetralogy and numerous singles had sent their sounds worldwide, Glen exited to marry, concentrate on his Holy Spirit-stoked Soul-Junk group and stay in SD as Trumans continued touring, eventually moving to Oregon. What amazed many was how quick a study then-bassist Kevin B. proved to be when Glen G. passed on lead vocal and co-guitar-ing duties. Empowered, the younger Branstetter picked up the torch, carrying it still. From time to time, Galloway would return as a guesting full member to augment Trumans albums. Trumans Water never really went away. But the veteran American spazz-rock/squiggle-core group's live shows have been rare in recent years (outside of the Pacific Northwest, that is.) TW has become increasingly more obscure as well, relatively unknown to untold pods of younger blog-rockin' folk sharp-eared discerners, who might well luv TW were they to know TW still deemed legendary by those who, a) remember Trumans' halcyon days in America's early/mid-90s guitar-rock underground; b) recall the life-altering praise from abroad, with the late great all-time tip-top good-taste-making radio DJ John Peel championing them over international airwaves, and the Melody Maker making this pithy 1993 assessment: Sonic freaks with a lust for life, Trumans Water make Pavement sound like U2. TW has continued, doing it all even with key co-founding brothers living miles apart: lanky guitarist-vocalist Kirk Branstetter in Portland, Oregon, where the band relocated in 1995 (they formed in San Diego in 1991); and savvy vox/gtr/bass/etc. guy Kevin Branstetter, who married French and lives south of Paris w/ wife and offspring (and is known to offer pro road/liaison services for indie/outie music types touring lEurope). Trumans is rounded out by versatile bassist/veteran cohort Mike Coumatos (also known as 50% of fine ongoing Portland party-rock duo the Bugs) and drumming dynamo Geoff Soule (of Fuck and Sad Horse). The TW identity has remained: the ever-active, wildly clawing, rough-toned brace of guitars; the sour-sweet sing-shout screech-croon 'n' power-yowl; the explosive rhythms, herking here and jerking there, none too predictable anywhere. And some fun sound-play with thoughtfully goofin' verbiage. TW has been recording over the past years but not releasing anything. They are currently assembling some of those songs for release previous to tour. What's more, Trumans is planning to catch up any interested parties in coming months by digitally re-releasing the 1st four elusive albums of the Trumans Water discography. Their coming tour will be a celebration of those first four albums along with new material. ⊙ TRIGGER CUT ⊙ (Stuttgart - Germany) https://triggercut1.bandcamp.com https://www.facebook.com/Triggercut-742161089469022 Trigger Cut are hard hitting to say the least. The drums pack an intense energy behind the high guitar tones which allow for the bass to really punch through. The result is a sound dealing nothing but brute force without the need for any over-engineering and a uniquely raw punk rock experience. The rough and ready vocals perfectly round off the resounding tension with only small doses of any form of melody. ⊙ FLEUVES NOIRS ⊙ (Lille - France) https://fleuvesnoirs.bandcamp.com https://www.facebook.com/FleuvesNoirs Fleuves Noirs is an experience of collective madness in a form of a great tribal ritual. The dance is led by a tribal beat with incantory and hallucinated vocals, all leading to an inevitable chaos. Fleuves Noirs performances are like an Ayahuasca ritual, they don't leave anyone unscathed. ⊙ DEAD SENTRIES ⊙ (Berlin - Germany) https://deadsentries.bandcamp.com https://www.facebook.com/DeadSentries Minimalistic. Ritualistic. Hypnotic. Dead Sentries play edge of your seat, noisy, outsider punk rock. Focusing on mesmerising rhythms, pulsating basslines and discordant, razor sharp guitar, Dead Sentries are brash and compelling. The music swaggers, struts and swings. The sound is visceral and primal. presale (in 3 simple steps): 1. send 15€ per person to obnoxiousouroboros@googlemail.com via paypal (AS FRIENDS!) 2. include the date of the show and the full name of each ticket purchaser and print the paypal transaction 3. you can then enter the show by just showing the printed paypal transaction at the door presale ends friday october 11th 18:00 limited to 250 spots! 18€ at the door spread the gospel, invite your grannies, join the madness & turn off your mind! ⊙ smash racism, sexism, genderism, homophobia, nationalism, fascism, drugism, religionism, lookism, borders (on the maps & in the minds), genres, scenes, image, trend, hype & any other brainwashit ⊙ FB EVENT