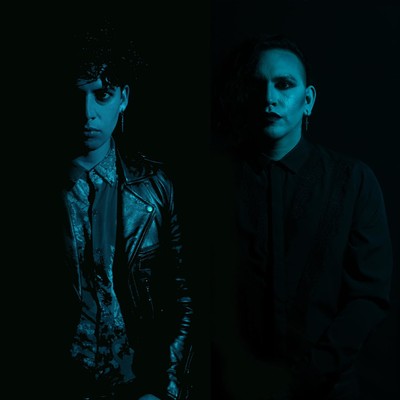 https://www.youtube.com/watch?v=V_5nRpNtSJU
Hailing from Texas, this emerging force in the darkwave scene turned heads in 2018 with the release of their sold-out debut album Shadows. They returned in 2019 with the ten-track album Ceremony which showcased their progression as a band. After the COVID-19 pandemic forced the band to cancel all tour plans, they return in 2021 with the announcement of their US and European tours named after the sophomore release.
After gaining some serious credibility on the US live circuit playing alongside such acts as She Past Away, Clan of Xymox, ACTORS, Ash Code, and Kaelan Mikla, Twin Tribes has announced a headlining tour in the United States, as well as several dates spread throughout Europe in the fall of 2021.
“It’s the next step in our progression as a band. We feel we’ve grown leaps and bounds, and hopefully, in this coming year, we can continue to grow.”
Drawing influence from The Cure and Depeche Mode while forming an integral part of a burgeoning scene, Twin Tribes have played shows across the US in support of their debut album, and plan to bring their latest release to festivals and venues across the country and even further afield this year. As their second LP gains increasing critical and commercial attention, these pillars of the independent music scene continue to re-define what genres such as darkwave and post-punk mean in 2021.
“The lyrics on Ceremony separate themselves from our first album, as they speak directly to personal situations in our lives involving death, heartbreak, and the passage of time.”
This event takes place under 2G rules, please bring your proof of vaccination or proof of full recovery and your ID.