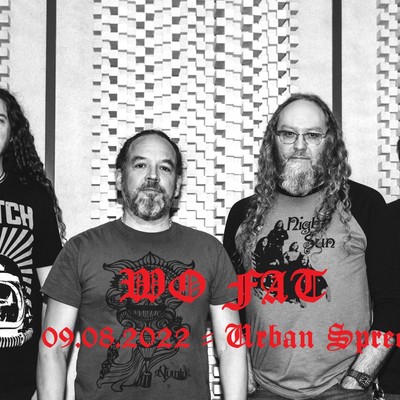 Unlimited Sonic Use presents the holy banger of heavyness:
WO FAT - Ripple Music | USA
https://wofat.bandcamp.com/
https://wofat.net/
FFO: ZZ Top, Ted Nudgent (with out the whole rassist bullshit stuff), The Machine, Naam, Sleep
WO FAT return with their seventh album, a record they feel is their most adventurous and exploratory yet!
With themes relating to the battle for the future of our planet and civilization, its title ‘The Singularity’ refers to an environmental tipping point beyond which irreversible climate destruction is inevitable,
as well as a point in the evolution of A.I. and machine learning after which everything goes beyond control, potentially leading to mankind’s destruction.
Apocalyptic and sci-fi-based ideas serve as metaphors for the struggle for truth and reality in the face of disinformation, manufactured facts and cultic thinking.
‘The Singularity’ ventures outside WO FAT‘s well-establish blues-based paradigm, keeping all the heaviness but also tapping into some 70’s fusion influences and showcasing Kent Stump’s sharpest and most focused vocals and production to date.
Wo Fat have released several landmark records like "Black Code", "The COnjuring", "Noche del Chupacabra" over the last 15+ years.
KARSK - Pink Tank Records
https://karsk.bandcamp.com/
FFO: Rotor, Meshuggah, Morkobot, Sumac, High on Fire
KARSK is an instrumental three-piece band from Berlin that was formed in late 2018. They play heavy.
Thats what they say.
Actually KARSK are the most undiscovered gem of Berlin's heavy underground. Period. Dig them!