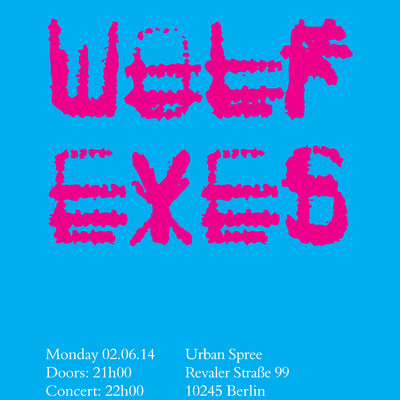 The infamous blistering noise of Wolf Eyes propelled them from being a dank Ann Arbour, Michigan basement sensation to the finest ranks of Sub Pop without ever losing a shred of credibility. Wolf Eyes have crossed borders into popularity which few other such confrontational units of their ilk have been able to, and kept straight and narrow on their blazing path. Fans of industrial, experimental electronic and even metal or hardcore will find several touchstones in the band's post-modern take on what even qualifies as music. Their dark and haunted screams will turn any venue into an echo chamber of archaic rituals. The overwhelming force of Wolf Eyes will leave you with an incomparable experience that must be seen to be believed. Today Wolf Eyes are Nate Young, John Olson, and newest member Jim Baljo.

Bill Kouligas is a musician, designer and dj operating between NYC and Berlin. He is founder of the record label PAN, which recalibrates perceptions of the avant-garde and electronic dance music. Bill’s insistence on following his own path and passion has won acclaim from thinkers, collectors, and dancers alike, and puts his vision at the forefront of the electronic vanguard.