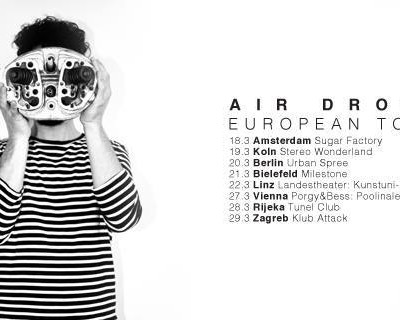 "If a man made love to a computer, outdoors, I imagine it would sound like this." (Noisey)

International indie-folk and electronic artist, Helfer is establishing himself as solo act now with boutique label BLDG5. Helfer was recently featured on the label’s Ground Floor compilation album, which earned praise from Pitchfork, The FADER, Line of the Best Fit, Clash Magazine and more. Helfer is a producer, multi-instrumentalist, and a singer. Stemming from his cultural background, the musician mixes beautiful nature sounds, soft acoustic guitar riffs, and passionate recorded conversations within his electronic production. He likes to take the listener on a hazy musical journey with his heartfelt melodic vocals and frenetic rhythms. Following his debut appearances at Fusion Festival and United Islands Festival, his European tour will kick-off this spring, followed by major summer festivals. Helfer unveiled his debut track “Designs” exclusively on Noisey.com in support of his stunning, forthcoming debut EP Air Drops (out March 3rd on BLDG5).

Helfer will be suported by Zuurb