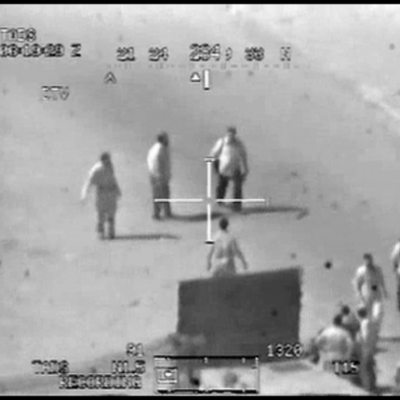 ReSource 005: The Medium of Treason - The Bradley Manning Case: Agency or Misconduct in a Digital Society?

ReSource 005: The Medium of Treason - The Bradley Manning Case: Agency or Misconduct in a Digital Society?

An intervention @ Urban Spree Gallery On April 5, 2010, the Internet leak website WikiLeaks, published a video titled Collateral Murder, where a United States Apache helicopter fired on civilians in New Baghdad in 2007. The video shows American military personnel shooting and killing 11 individuals whose cameras were ostensibly mistaken for weapons. Two children were also gravely wounded on the scene. Two of those people killed were war correspondents for Reuters, the 22-year-old Reuters’ photojournalist Namir Noor-Eldeen and his driver, 40-year-old Saeed Chmagh. After demands by Reuters, the incident was investigated and the U.S. military concluded that the actions of the soldiers were in accordance with the law of armed conflict and its own "Rules of Engagement".Birgitta Jónsdóttir, MP in Iceland, co-produced the video in 2010 with encrypted footage that had been leaked to WikiLeaks by an unnamed source, now revealed as Pfc. Bradley Manning. In May 2010, the 22-year-old American Army intelligence analyst Bradley Manning was arrested after telling Adrian Lamo, a hacker in the US, that he had leaked the airstrike video, along with a video of another airstrike and around 260.000 diplomatic cables, to WikiLeaks. Manning has been held in detention by the US military ever since. He has already pleaded guilty on 10 counts that could subject him to 20 years under multiple violations of the Espionage Act of 1917 and of "aiding the enemy”. In this highly polarizing case, lawyers, civil rights organizations and journalists are insisting that Bradley Manning had disclosed the information under the aegis of his 1st Amendment Rights, which protects Freedom of Speech. In light of the charges he faces, any leak of classified information to any media organization could potentially be interpreted as an act of treason. This event will afford the distinguished guests the opportunity to re-visit the making of the Collateral Murder video three years on, to discuss the “United States v. Bradley Manning” trial on June 3rd, 2013, which has been hailed “the most important National Security trial in the history of the US” (NYT Pentagon Papers counsel James C. Goodale) and how it has engendered a pattern of intimidation to threaten and silence whistleblowers, cyberactivists, journalists and news organizations such as Wikileaks, and the implications concerning the future of political agency, free speech, freedom of information and the sanctity of the Press. In this context, the speakers will also discuss the reprisals and political ethics in the cases of information disclosure and judicial overreach brought against hackers such as Jeremy Hammond, Barrett Brown, and the tragic surmise of Aaron Swartz. The speakers will furthermore evaluate the groundwork of new initiatives for civil society platforms intended to monitor, lobby and support legislation that strengthen freedom of information as well as providing protections for sources and whistleblowers in the rapidly accelerating complexities of the information age. This event is organised by the reSource transmedial culture berlin of the transmediale festival in partnership with re:publica. It is co-curated with Diani Barreto, and is one of the events that will kick off this year's re:publica13.  With the kind support of the www.freebradleymanning.net initiative Berlin Guests: Birgitta Jónsdóttir MP, Iceland. Andy Müller Maguhn (Germany), Board Member of the Wau Holland Stiftung John Goetz (USA), NDR's investigative editor at ARD-Hauptstadtstudio and member of the investigative team of the Süddeutsche Zeitung. Moderated by Diani Barreto (USA), Media activist. Introduced by Tatiana Bazzichelli (IT/DE), reSource transmedial culture berlin/transmediale. reSource transmedial culture berlin: http://www.transmediale.de/resource transmediale festival: http://www.transmediale.de re:publica: http://re-publica.de/