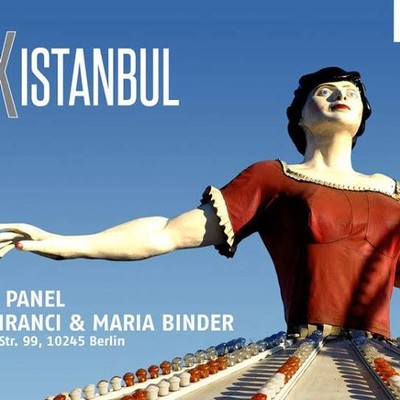 Mobile Kino presents: Film program with Maria Binder and Ebru Kırancı. 'Trans X Istanbul (Turkish with English subtitles)' will meet their Berlin audience in an open air screening that will be followed by a panel discussion (in Turkish and German). [vimeo id="92392734"] Thousands of Trans*Women live in the big cities of Turkey. Crimes against Trans*Women are mostly not investigated. Ebru, a Trans*Woman from Istanbul fights against the displacement and murder of her companions. She wants to change Turkish society with humour, self-irony and political acumen. She meets Margarethe, a 85-year-old German retired nurse and establishes with her an retirement home for Trans*. The film shows how hate crime works as a system. Urban transformation of Istanbul and the protests around the Gezi Park in 2013 resonate throughout the film. http://www.transxistanbul.com/ Award: Special Mention Face Award 2014 This screening is part of the side event program of "ğ- soft g - queer forms migrate". *This side event will be in English “ğ – the soft g” is supported by the Governing Mayor of Berlin – Senatskanzlei – Kulturelle Angelegenheiten. Further information: www.schwulesmuseum.de #dasweicheg #thesoftg Admission: FREE FB Event