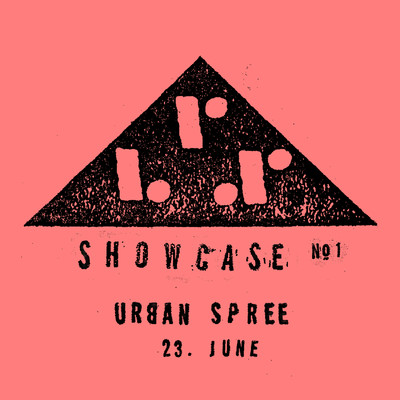 new born Berlin based independent record label - LPS - Le Petit Signal will be revealing some of it’s acts on a very special and first ever showcase
PERFORMING:
° 𝙂 𝙀 𝙇 𝘽 𝘼 𝙍 𝙏 ° (𝘐𝘓/𝘉𝘓𝘕)
Tel-Avivian by birth and Berliner by choice, synthesizer wunderkind Adi Gelbart is a polymath artist, composer, multi-instrumentalist, animator and writer who, for the past twenty years, has been on a relentless mission to forge a surrealist mirror-universe through bold sound and imagery.
It’s difficult to pin down Gelbart’s style: dwell too much on his jazz/electronica side, and he’ll shower you with industrial blip storms that will leave you dumbfounded. Gelbart does not pause for a cup of tea or a quick five-minute sit down. He is restless, energetic and animated, and his music will leave you scrambling for breath.
LPS is honored to hand Gelbart the wheel on its maiden voyage. The album is titled ‘Music For Living In Magazines’ - originally released in 2002 as a limited-edition CD commissioned for Pil and Galia Kollectiv’s “Living in Magazines” exhibition. It is a spirited musical statement and only the first of many future adventures for the pioneering ship of petit signals
° 𝙍 𝙔 𝙎 𝙆 𝙄 𝙉 𝘿 𝙀 𝙍 ° (𝘐𝘓/𝘉𝘓𝘕)
Ryskinder puts the Middle East in a cement mixer with Nintendo and shamanism, Melting together power electronics, punk attitude and hip-hop beats with warm psych rock groove. The result is an immersive and soulful Odyssee that jumps between genres, taking the audience on a wild ride of oriental soundscapes, exploding low-fi groove and loopy Hebrew rap.
Originally conceived as Eden’s one-man electro-psych band and subversive poetry output in 2005, Ryskinder’s unique style and lyrical reflections has since been acclaimed for fundamentally influencing the Israeli music scene and language and are currently getting more attention worldwide.  Drawing inspiration from avant-garde rock bands such as The Fall, Can, Suicide, The Velvet Underground and Hebrew-speaking pioneers such as Nosei Hamigbaat, Meir Ariel and Charlie Megira, each work is characterised by a hypnotizing experience, in which an array of wild audio, sub-bases and tribal drums crystalize into pop songs only to then break down into chaos.
One of Ryskinder's semi-ancient and iconic album will be released is as well planned and yet to be released on LPS.
° 𝙈 𝙊 𝙊 𝙉 𝙆 𝙄 𝙉 𝙂 ° (𝘊𝘈𝘕)
Is the synth-pop project of Toronto-born singer and producer Daniel Benjamin, which was In the early 2010's part of the flourishing electronic music scene in Montreal, performing as a touring musician with other artists while beginning to write and produce his own music. A 2016 move to Detroit and immersion in that city’s vibrant dance music and DJ culture began to influence his own recordings, and a collection of new material found its way back to Montreal label Arbutus Records (TOPS, Sean Nicholas Savage), who offered to release it.
The Hamtramck ’16 cassette was his first and planned to be released on LPS. Hamtamck ’16 established Moon King within the luminous realm of synth pop - raw, warm and minimal coated as it could be. In 2018, singles ‘I’ve Stopped Believing’ and ‘Apartment Fire’ followed, furthering his irony-free disco-driven direction. His 2019's 12-track Voice Of Lovers is our first taste of what Benjamin can do with more room, tethering the songs in a continuous suite, in what he revealed during the album’s announcement as attempting to evoke the feeling of a disorienting night of club-hopping.  He toured extensively in North America and Europe with artists like Men I Trust, Mr Twin Sister, and Unknown Mortal Orchestra, and has appeared as a DJ at numerous clubs & mix shows including Red Light Radio, the Lot Radio and N10.as.
𝘖𝘱𝘦𝘯𝘪𝘯𝘨 𝘈𝘤𝘵: 𝙂𝙐𝙀𝙉𝙀𝙍 𝙆𝙐𝙀𝙉𝙄𝙀𝙍 (BLN)
Within her unique minimalistic style, the voice of Güner Künier is covering her music on top of Industrial drum beats, infused in lofi guitar and synthesizers. Followed by her debut EP release ‘FLEXEL’ - Künier has been giving few promising and strong signals with her stunning performances at local gigs in Berlin for the past 2 years
°𝙇 𝙋 𝙎 °
LPS was born out of a passion to uncover obscure masterpieces, works that display both intrinsic coherence and immense attention to detail.
The concept evolved during this new “era of limitations” brought on by the pandemic, with its bizarre implications and the ensuing reflections about what is and isn’t possible in this new reality.
LPS (Le Petit Signal) is a minimal manifesto dedicated to experimental electronic-oriented music and is manufactured in extremely limited editions of uniquely designed vinyl records. Each copy is stamped, numbered, and comes in a hand-glued, riso-printed sleeve.
𝙇𝙊𝘾𝘼𝙏𝙄𝙊𝙉: Urban Spree - Revalerstr. 99 Berlin
𝘿𝙊𝙊𝙍𝙎: 20:00
𝙎𝙏𝘼𝙍𝙏: 20:30