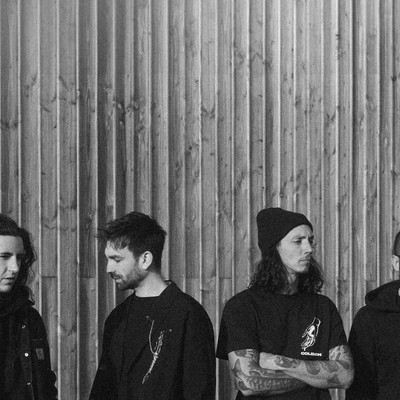 Bruit
18.11.2022 • Urban Spree
Einlass: 20h || Beginn: 21h
VVK: 14€ + Gebühren AK: 17€
Tickets: https://www.greyzone-tickets.de/produkte/642
Emerging from the ashes of several pop bands, BRUIT ≤ was born out of the desire of its members to turn their backs on the majors and return to a process of creation without constraints.
Initially the band’s intention was not to perform live but to research and experiment, creating emotively intense and expansive instrumental compositions of a conceptual nature that merge post-rock, ambient electronica and modern classical.
Elusive Sound released their first EP titled “Monolith” in the fall of 2018. Afterwards Bruit went on tour sharing the stage with bands like Shy Low, Slift, The Black Heart Rebellion, Silent Whale Becomes A Dream, Jean Jean, Endless Dive, Poly Math, Orbel or A Burial At Sea.
BRUIT ≤ focused on the composition and production of their first full- length album. “The machine is burning and now everyone knows it could happen again“, was released digitally on the 2nd of April 2021, impatiently waiting for the physical release through Pelagic Records (MONO, envy...) in 2022.
‘With their wide range of moods and styles, these four songs have hit me harder than any post rock album in recent memory’ - Bandcamp
‘It’s close to flawless’ – Prog Magazine
‘This album is the start of something special. Music changes today’ – Distorted Sound Magazine
'BRUIT ≤ have truly, without question, delivered a genre defying masterpiece with this album.' - Noizze
‘A breathtakingly heavy record’ – Pop Matters
‘This is one of the best debut albums you’re going to listen to’ - Prog Space