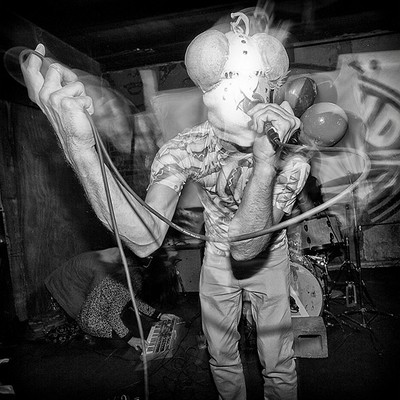 ICE BALLOONS
+ ZAHN
Doors at 8PM / Show starts at 9PM
Ice Balloons allegedly formed in 2014 in a dark basement in Brooklyn and are a noise rock supergroup. The singer is Sean Kennerly (Samiam). On guitar, keyboards and various electro sound choppers Kyp Malone (TV On The Radio). Lyla Vander (The Trashbags) is on drums.
+++
Zahn are a new instrumental (noise) rock group consisting of Nic Stockmann (Heads., ex-Eisenvater) Chris Breuer (Heads., ex-The Ocean) and Felix Gebhard (live-Einstürzende Neubauten). A relentless exercise in rhythm and texture. Whether you love the hard riffs of Metz or The Jesus Lizard the big melodies of Torche and Red Fang or the swaggering sounds of The Desert Sessions Zahn packs a punch for you.