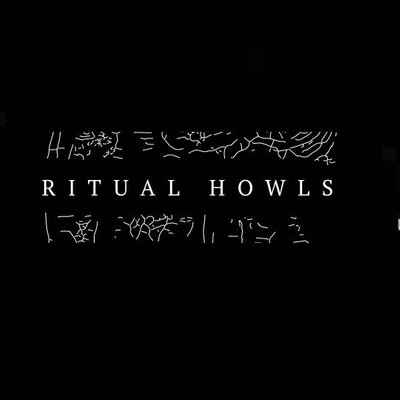 aufnahme + wiedergabe presents:
Ritual Howls (USA) live
[Felte]
Post Punk
www.ritualhowls.bandcamp.com
www.facebook.com/ritualhowls
aufnahme + wiedergabe DJs
The story of Ritual Howls begins in a southwest Detroit basement in the early winter of 2012. Singer/guitarist Paul Bancell had been writing and performing solo as well as in several bands and was looking for collaborators for a new project. Ben Saginaw (bass) and Chris Samuels (synths, drums, drum machines) were acquatances that became natural fits. With the help of a friend (Jeff Navarre), they recorded their first full-length in Ben's art studio using a laptop. Paul tracked vocals at home in his bedroom and, not wanting to relinquish control, mixed and mastered the album himself.
A formidable introduction to the band's haunting, cinematic blend of twangy industrial rock, their self-titled album established the band as a unique force in the landscape of dark music, both past and present. Separated by a decade, four LPs, two EPs later, Ritual Howls is an impressively cohesive first effort and testament to the band's vision that, even in its infancy, forged a distinct sound that has only matured with perfection over time.
Tickets:
https://ra.co/events/1628500
Urban Spree (RAW-Area)
Revaler Str. 99/Warschauer Str.
10245 Berlin
www.urbanspree.com
www.facebook.com/urbanspree