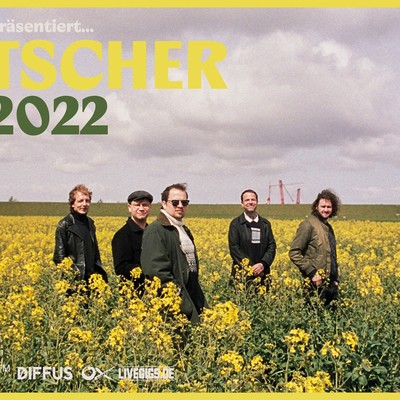 Calling their first record "Wilde deutsche Prärie" (Wild German Prairie) and recording it in a construction trailer in the middle of the pampas of Schleswig-Holstein - could there be any more vagabondism? Yes! When garage rock, chanson, country, swamp blues and polka come together and the whole thing is garnished with rough vocals in the style of a speakeasy. Finally, the band name Swutscher, which means a kind of dissolute contemporary, is pasted on it and hits the target nail pretty much on the head. Since then, the six-man band from the north has been unabashedly setting up song after song of humorous antitheses to the petty and upper middle-class milieu, in order to be able to counter bourgeois hypocrisy less with a frustrated headache and more with a confident smile. Here, fatalistic reflections take place between ashtrays and beers before the next one is ordered. Somehow it has to go on.